The Camarines Norte State College, a public non-sectarian, non-profit educational institution of higher learning in the province, was created on April 2, 1992 by virtue of Republic Act 7352. It was established to provide highest professional instruction and technological training in the fields of agriculture, education, arts and sciences, information technology, advanced studies as well as short term technical and vocational courses. It shall also provide and promote research, extension and production services and progressive leadership in all areas of discipline and responsibilities. This gave the constituents of Camarines Norte an opportunity for an affordable but quality tertiary education.

The education sector honed the demands for varied post-graduate curricula. The Premiere College conceptualized the opening of the Graduate School to cater the needs of government and non-governmental organizations’ personnel to avail/acquire post graduate studies relevant to their fields. Thus, the opening of Graduate School was granted recognition by Board Resolution No. 131 dated December 20, 1996.

On June 13, 1998, the Camarines Norte State College was granted by the CHED an authority to offer Master in Public Administration Effective Academic year 1998-1999 and by virtue of Resolution No. 271-98 of the Board of Trustees. Since then, the Graduate School has operated as a separate unit of the College.

The opening of Camarines Norte State College Graduate School highlighted the Academic Year 1998-1999. The employees from the public and private institutions patronized the curricular program. It marked humble beginning of the much-clamored degree program. The curricular offering was geared towards the development of executives in public administration. The Camarines Norte State College Graduate School had its first batch of graduates in March 2001.

Academic Year 2003-2004 made a big step forward with the opening of the Master in Management with major field of specialization in Educational Planning and Management and Human Resource Management. The program is mandated by the College Charter (RA 7352), which states among others, that the college shall provide a course leading to the degree of master in management. The program was geared towards the development of professionals in government and non-government enterprises who can effectively manage organizational resources. On April 14, 2007 five (5) graduated in Master in Management, two (2) major in Educational Planning and Management and three (3) for Human Resource Management. They were the first graduates of the said program.

Academic Year 2007-2008 marked the opening of Master in Business Administration Program. This program enables the graduate student to manage challenges including globalization, diversity, social and ethical responsibility and technology and to anticipate and adapt to the challenges of tomorrow. The degree encompasses the theoretical concepts and practical applications. Special emphasis is placed on the role of management in the formulation and administration of corporate policy and strategic plans, thus providing learners with a comprehensive foundation for business decision-making and preparing them to lead effectively in a rapidly changing business environment.

The Graduate School will continue to expand its program to serve as venue for relevancy to reach the goals of the country in the 21st century and beyond.

The Graduate School aims to develop quality and values-laden graduates with high degree of professionalism and leadership in their chosen area of discipline through specialization, research and extension services. 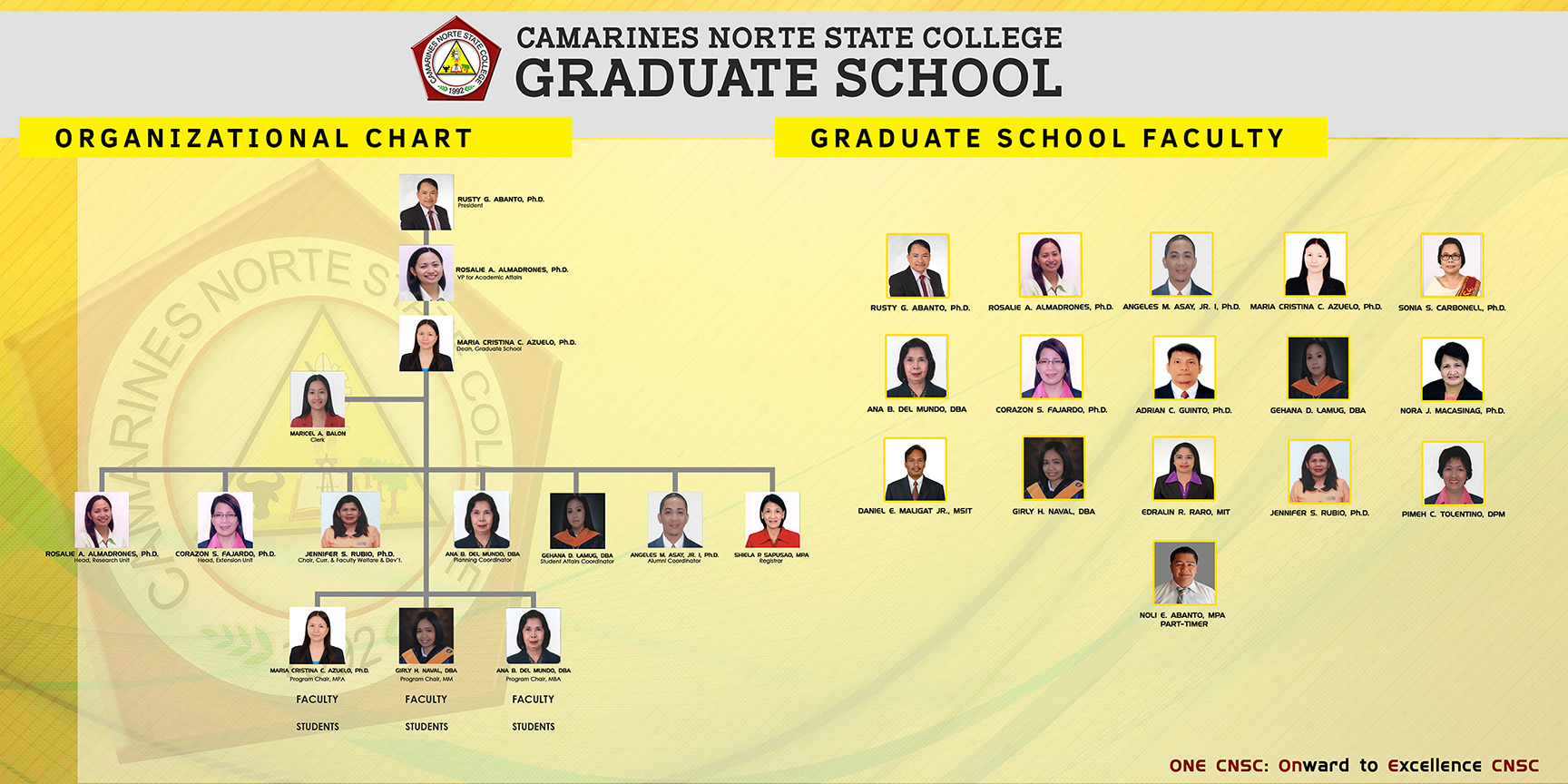 BACK TO TOP
Our website is protected by DMC Firewall!